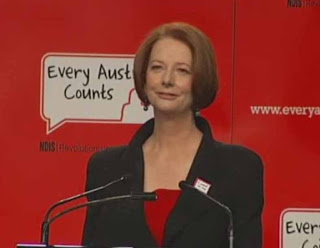 The Prime Minister, Julia Gillard, announced, at the Make it Real rally in Sydney today, that funding for the National Disability Insurance Scheme would be included in the May 2012 budget, and the time-frame for implementation would be advanced by one year from the Productivity Commission's suggestion.

The venue estimated that 8000 people attended the Sydney event.  Rallies are also being held in Melbourne, Brisbane, Hobart, Adelaide and Perth today.

ABC News video and report of the Sydney rally are here.

Further news and images from rallies around the national are being posted posted by the Every Australian Counts campaign. 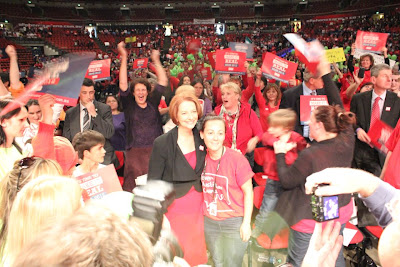 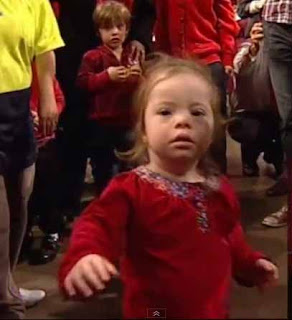 This little girl sat in the front row with the Prime Minister and the NSW Premier, and danced while Tim McCallum sang 'You're the Voice' at the close of the proceedings.