Research news and commentary #7 for 2016 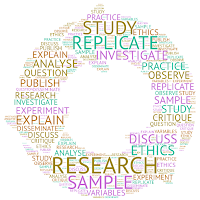 Expert reaction to Down’s syndrome and green tea compound
Science Media Centre, 6 June 2016
Publishing in The Lancet Neurology journal a group of scientists have described their use of a particular extract of green tea to try to improve cognition of young adults with Down’s syndrome and report that the extract improved memory and behavioural aspects better than the placebo control ...

Safety and efficacy of cognitive training plus epigallocatechin-3-gallate in young adults with Down's syndrome (TESDAD): a double-blind, randomised, placebo-controlled, phase 2 trialRafael de la Torre et al, The Lancet Neurology, Volume 15, No. 8, p801–810, July 2016
Summary - BackgroundEarly cognitive intervention is the only routine therapeutic approach used for amelioration of intellectual deficits in individuals with Down's syndrome, but its effects are limited. We hypothesised that administration of a green tea extract containing epigallocatechin-3-gallate (EGCG) would improve the effects of non-pharmacological cognitive rehabilitation in young adults with Down's syndrome ...

Periodontal disease's contribution to Alzheimer's disease progression in Down syndrome.
AR Kamer et al, Alzheimer's and Dementia, 4 Feb 2016 (doi: 10.1016/j.dadm.2016.01.001)
... In summary, we propose that PerioD could affect the AD progression in DS subjects. PerioD occurs early in life and, therefore, preventative strategies could be instituted before the induction of AD-specific pathology. Assessing these preventive effects in AD pathogenesis requires longitudinal cohort studies. In non-DS AD, these cohort studies are difficult and expensive to implement. By comparison, examining the role of PerioD in DS may provide us with relative fast answers [60]. Moreover, because PerioD may appear before the AD-specific pathology, a causal effect may be possible to be determined.
Babies with Down syndrome have healthier hearts
Medical Express, 2 June 2016
Compared with the early 1990s, babies born with Down syndrome (trisomy 21) have a lower risk of developing serous heart problems, according to a new registry study from Karolinska Institutet published in Pediatrics, the journal of the American Academy of Pediatrics. The reason for this improvement is not known, but the researchers believe there to be a likely connection with fetal diagnostics ...