Wishing Gerard well in the Short+Sweet Awards finals this weekend!

Gerard O'Dwyer will be there after recent success in the heats:
Beautiful is directed by Lisa Eismen and stars Gerard O'Dwyer and Kate Hardy. Gerard has Down syndrome and won best actor at Tropfest for the the film “Be My Brother”.
Writer of Beautiful, David Bulmer, has a  daughter who has Down syndrome. The play won its heat at Crash Test Drama.

Beautiful also took out the People’s Choice vote for the week at Newtown with an astonishing 29.03% (adj) of the audience vote, which means playwright David Bulmer has notched up the extraordinary achievement of writing the two most popular plays in the festival – Doing it for the Penguins (Top 110 Week 3 at Newtown Theatre) with 30.12% (adj) and Beautiful. Well done David !


We wish you well, Gerard and the Beautiful team. 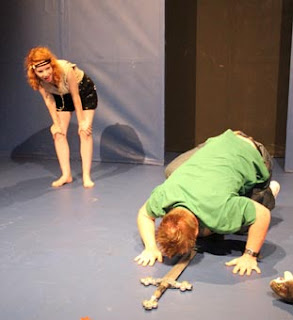