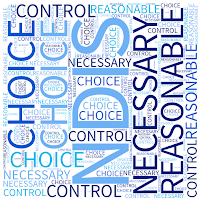 Down Syndrome Australia is part of Disability Australia, which released this statement yesterday (7 March 2016) in response to media articles about changes to the NDIS proposed by the Federal government:

People with disability organisations reject NDIS governance and cost blow-out commentary as neither truthful nor helpful.

‘The facts of the matter are that the NDIS is on time and on budget. The NDIA are required to report factually and accurately on a regular basis. I call on Tony Shepherd who has said the scheme will have a $3 billion blow out to cease scaremongering for the sake of hundreds of thousands of people with disability and families across the country’.

‘It is also critical that we continue to have an independent Board leading the scheme who will protect the interest of people with disability and their families. Disability Australia supports the current system of state nominated representatives in consultation with the Commonwealth. For the sake of the scheme it should sit in a neutral bi-partisan space with cooperation from both the state and federal governments’.

We also think it’s critical that the Board continues, as it currently does, to include people with disability who also have the extensive governance experience required.

‘People with disability were dismayed with the finding of the Commission of Audit led by Tony Shepherd that the independent Board should be replaced by a Minister, which was the structure of the broken, underfunded institution-based system in Australia that we came from’ said Mr Wright

Disability Australia, which represents 200,000 people with disability across the country, urges all parties to continue to work together with the NDIS to roll-out the best possible scheme to our constituents.