Research news and commentary update #8 for 2013 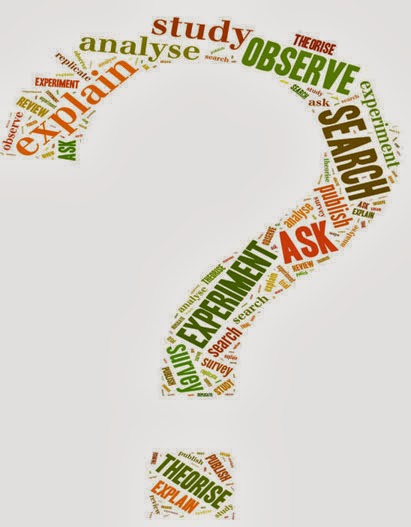 ... A recent study published in Rural and Remote Health has highlighted the importance of annual comprehensive health assessments for people with ID in rural areas of Australia, and the crucial role of the carer/support worker to the health assessment process. The study also found that the increased social cohesion and community connectedness in rural areas is perceived to improve the well-being of people with ID.

Follow this link to read more. You can view the full article, or view a printable version here.

Voices at the Table Advocacy (VATTA), 10th September 2013
... scientist(s) may be able to turn off the extra chromosome that makes people have Down syndrome.

When I heard about this I had mixed feelings. Some talk was about “curing” Down syndrome. People with Down syndrome are not sick. It is only a small part of them and they do not need to be cured ...

Down Syndrome: Towards A New Research Era And Effective TherapiesAmy Julia Becker, Thin Places, 3rd October , 2013
... My hope for this series is to collect an array of voices, and to start a civil conversation among people who disagree with one another so that we might all learn together ...

Frank Buckley, Frank Talk - Down Syndrome Education International, 12th September 2013
A paper published recently in The Journal of Pediatrics estimates the population of people with Down syndrome alive in the USA in 2008 – not the oft-stated 400,000. Even this may be an overestimate.
It is important to understand the size and the demographics of populations of people with Down syndrome in order to plan services. In an important paper, recently published online by The Journal of Pediatrics, Angela Presson and colleagues present an estimate of the current population of people with Down syndrome living in the USA in 2008, which they calculate to be 250,700 with a 90% uncertainty interval of 185,900-321,700 ... Analysis of how the revised estimate was reached.

More choline for mom decreases Down syndrome effects
Blaine Friedlander, Cornell Chronicle, 11th September 2013
Down syndrome fetuses dramatically benefit when their mothers increase their intake of the nutrient choline during pregnancy and nursing, report Cornell researchers in the journal Neurobiology of Disease

Faulty stem cell regulation may contribute to cognitive deficits associated with Down syndrome, study suggests
Krista Conger, Stanford School of Medicine, 11th September 2013The learning and physical disabilities that affect people with Down syndrome may be due at least in part to defective stem cell regulation throughout the body, according to researchers at the Stanford University School of Medicine. The defects in stem cell growth and self-renewal observed by the researchers can be alleviated by reducing the expression of just one gene on chromosome 21, they found.Abstract

Research update on cognition in Down syndrome
The Down Syndrome Research and Treatment Foundation and the Down Syndrome Association of Central Texas held a research information evening in September.  Speakers, Dr. Jon Pierce-Shimomura and Dr. Michael Harpold have made their presentations available for download:

In recognition of September as Blood Cancer Awareness Month, the Global Down Syndrome Foundation held a Q&A with Dr. James DeGregori, who has received one of the inaugural Crnic Institute Grand Challenge Grants. DeGregori received the award for his research into leukemia and Down syndrome, specifically the increase in leukemia incidence and other problems with blood cell production, including reduced immunity, in people with Down syndrome ...

... I asked Dr. Faycal Guedj, a researcher at Tufts University who has been working on these new treatments, to provide an overview. Dr. Guedj also has a 25-year old sister with Down syndrome, so he approaches the subject from both a clinical and personal perspective ...
Posted by Blog editor at 09:02