Interchange Australia heads to Picton for Road to Rockability documentary 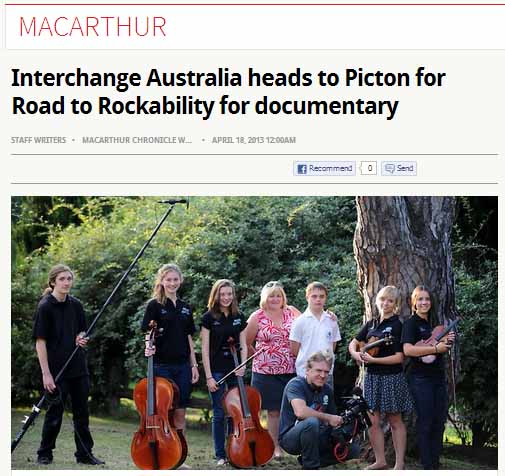 That's 'our' Ethan Campbell and his Mum, Michelle, in the photo:

The documentary follows Interchange Australia's Rockability concert series, which aims to involve all people, including those with a disability, in live music.

With the next concert scheduled for May 4 at Mittagong RSL Club, Interchange Australia was keen to get filming started on Thursday.

Read more, and see that fabulous photo here from the Macarthur Chronicle
Posted by Down Syndrome NSW at 09:27