The Down Syndrome World Swimming Championships were held as part of the Trisome Games 2016 in Italy this week. Down Syndrome Swimming Australia took a team of 22 elite swimmers to Florence, that has won the World Championship again, as well as broken world records and brought home medals of all colours.


Team Australia has bought home the championship cup again in a stunning fourth day of competition! Loads of finals, medals, more world records and even the coaches relay team won and set a new world record!

Team Captains Phoebe Mitchell and Stephen Donovan were exceptional on accepting the award and giving their speech in front of a huge crowd.

Well done to all our swimmers and coaches. We are so proud of you. 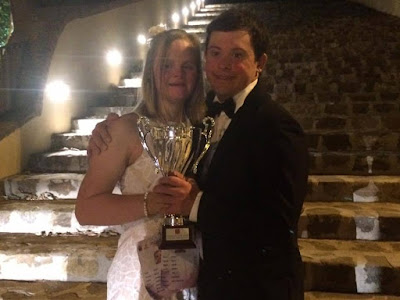 You can send your congratulatory message via Down Syndrome Australia Swimming - Italy 2016  on Facebook
Posted by Blog editor at 13:24