Sydney Film Festival: Me Too 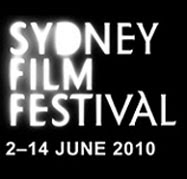 An award winning Spanish film about a unusual man with Down syndrome (played by Pablo Pineda), Me, Too is scheduled for screening at the Sydney Film Festival on two dates in June (Sat 12th and Mon 14th).  From the Festival's website:

One of the most charming romances to hit the screen this festival also confronts preconceptions about the intellectual and sexual lives of people with disabilities. After graduating, 34-year-old Daniel (played by Pablo Pineda, renowned for being the first European with Down’s Syndrome to receive a university degree) takes a job at a social services office in Seville where he falls for Nuria (Lola Dueñas), a shambolic colleague who is looking for love in all the wrong places.

Beset with challenges from the start – sniggering co-workers, academic family who’ve encouraged his ambitions but failed to educate him in matters of attraction – Daniel sets out to win Nuria who is clearly unsettled by his desire for her. Pineda and Dueñas received Best Actor and Actress awards at San Sebastien Film Festival for their wholly realised performances in this endearing debut feature.

Booking options and details are available from the SFF website: http://sff.org.au Search for the film by name under Films and Events for dates, times and venues, links to bookings.
Posted by Blog editor at 16:42