Beyond the Square: Gerard's wrap up of 'See in Me'

The list of all the grant recipients is here.

Beyond the Square's first performance at Riverside for 2013 was See in Me, staged 14th - 16th February, with a cast of seven actors, all of whom have Down syndrome. This is Gerard O'Dwyer's reflection on his preparation and performance:


My favourite in the See In Me Production was doing my Maccas piece and my piece with Audrey and working with Alison Richardson in the show and made me home at Riverside.

We met every Monday since July last year. We did movement with Dean Walsh. We also did video with Morgan Newall we did sound with Peter Kennard here at Riverside or Connect Studios. I love being in the production in the See In Me.

I would like to keep going and do I what I love and keep going at it. I poured my heart in it and for me the show it touched me, it moved me, I cried during the show. I am hoping to doing it again.

I will miss doing my Maccas piece and my piece with Audrey that’s what I will miss the most and the show. I will miss that show See In Me, it is what I do Best.

Reposted from Beyond the Square, 27th February 2013, with kind permission. 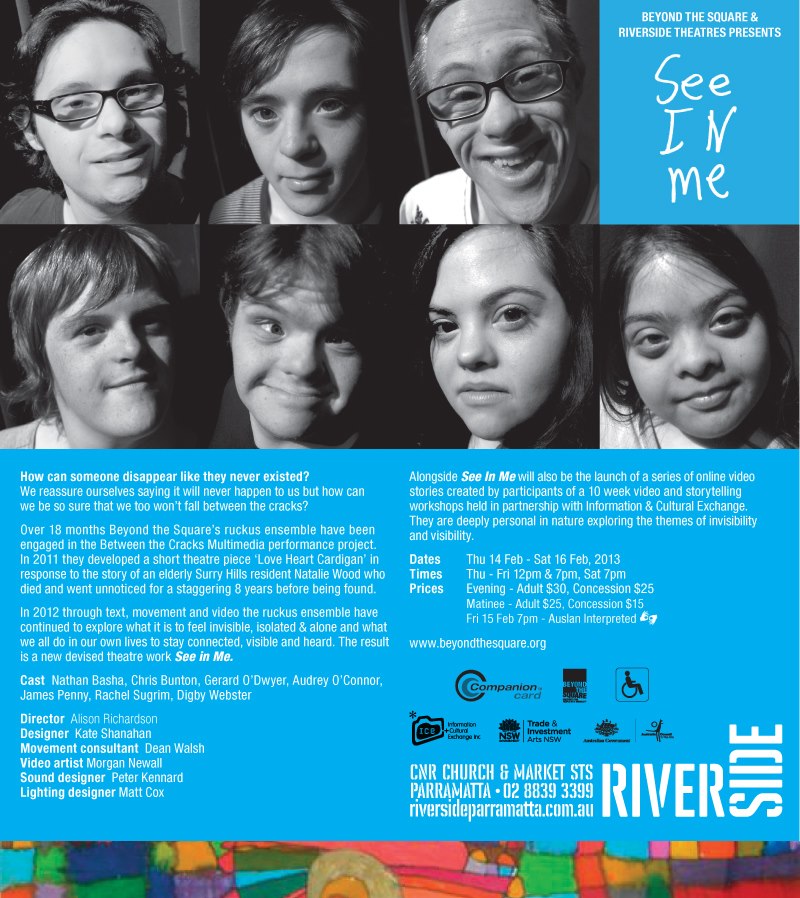 More  photos and information about this production and other projects can be found on the Beyond the Square website, and Facebook page.

Labels: Arts, People with Down syndrome