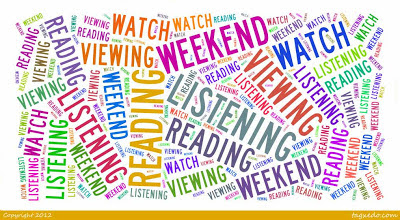 Sandra celebrates her 70th birthday with friends
A Facebook post and photo from the Down's Syndrome Association in London.

Down Syndrome, Science, and Mystery
Jisun Lee,  Kimchi Latkes, 8th July 2013
Mystery. The unknown. The misunderstood. Science promises to unravel many mysteries. What mysteries about my child with Down syndrome might science unravel?

I Am Not A Mind Reader (And Neither Are You)

Dana Neider, Uncommon Sense, 15th July 2013
In discussing AAC (augmentative and alternative communication, in which a child uses something other than speech to aid their communication---signs, boards, picture cards, apps, devices) with parents, I am sometimes surprised by their lack of interest in using it at home with their children who have complex communication needs. Obviously all parents want to communicate with their children, so their resistance often comes from a well-intentioned place . . .

CBE grad "Dangerous Dave" exemplifies student success
Calgary Board of Education, 11th July 2013
“This is Dangerous Dave coming to you live,” says the host on the Mount Royal University radio. In the broadcasting studio, David Hall lights up doing what he loves, hosting his radio show three days a week.


Visual Solutions For Staying in Your Space
Christine Reeeve, A Special Sparkle, 11th July 2013
Ever have a student (or 5) who line up at the door and are all over the other kids, in their space, and bothering everyone? Have a student (or 5) who are constantly fighting about where to sit at the table? These are challenges we face in general and special education. It's prevalent in younger grades, but some of our students still struggle with this at older ages. I may have a solution ... paper ... taped ... on ... the ... floor / table / chair...

Following on from posts earlier in the week:

The involuntary sterilisation of children with disabilities should be challenged
Stella Young, Ramp Up, 19th July, 2013
Do the recent Senate committee recommendations go far enough to protect women with disabilities from involuntary sterilisation? Stella Young believes more education, social services and support for families and doctors should be the focus of this complex issue.