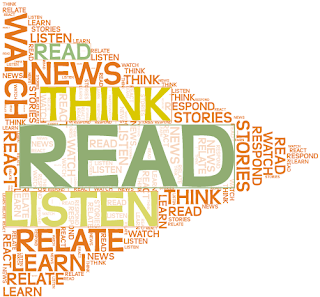 On my soapbox: Marriage and pre-natal testing

Alex McAuley The Life That Max Built, 6 October 2016
In Australia, a young couple with Down syndrome has recently been the subject of 'Australian Story', an excellent television program that broadcasts documentaries of ‘ordinary’ Australians living ‘extraordinary’ lives ... In the UK, a medical breakthrough in pre-natal testing has stimulated debate on the subject of termination of foetuses with Down syndrome (DS) ...

Both of these subjects are controversial, complex and very close to my heart. Max is in a long term relationship (more than three years) with his delightful girlfriend – who also has DS – and they, too, want to get married. Max adores children, and has said he would love to have babies of his own ...

Couples with Down syndrome don't need to be sterilised, they need support

Claire Pullen, Sydney Morning Herald, 6 October 2016
One good thing about moving out of home at 20 was ending the excruciatingly awkward parental interactions about sex, and boyfriend-sleepovers, and having to hear my parents' views on the above (firmly against).

Luckily for me, though, one thing they never did was go on national television to speculate about how to have me sterilised ...

People with a disability don't need to be sterilised. They need to be supported
Naomi Chainey, The Feed (SBS), 6 October 2016

... Like Michael and Taylor however, I have a disability which would impact considerably on my ability to adhere to societal parenting norms. No doubt if I popped one out, I’d need a lot of help from my family. I might even turn to my local council or the NDIS for whatever support was available. No one would question it much, because unlike Michael and Taylor, I am not infantilised. My reproductive freedom is not inhibited by double standards.

An Unexpected Motherhood – the story of a woman with Down syndrome who has a child of her own
Leticia Keightly, Embracing Wade, 3 October 2016
Times are changing rapidly for people with Down syndrome as every year more and more parents are encouraged to have high expectations for their children and presume competence for their abilities. Despite this, it is still mostly assumed that people with Down syndrome are unable to have children of their own. Many parents have been told that males with Down syndrome are generally sterile or their fertility is so low that they cannot conceive. There are often concerns that the person will not have the capacity either mentally or physically for parenthood. As a result, there are controversial discussions around the rights of people with a disability to make their own informed choices about the control they have over their lives and bodies versus the parent’s need to protect their children from circumstances that may harm them ...


They're Not All Like Her You Know...
Hayley Goleniowska, Huffington Post, 3 October 2016
No-one has ever once said to me that not all 12 year olds are like our eldest daughter. She's exceptional and unique in ways that make us brim with pride as most parents do about their offspring ... Now, our 12 year old has a younger sister. She has her own strengths that we are proud to celebrate. She's hilariously funny with a dry wit that can dissolve a room into giggles in seconds ...
She also has an extra chromosome. And for some reason this leads people to say, "Ah, but they're not all like her you know." They say it a lot.


But Think About the Siblings. (Don’t Pity Us)

Becky Saunders, The Sussex Girl, 4 October 2016
... We know and understand her needs, we know how she ticks, what she loves to do. We’ve seen her at her happiest and at her most sad. We’ve watched her perform on stage and we’ve celebrated exam success. We’ve helped nurse her and we’ve been nursed by her. She’s our sister and she brings strength, light and colour to our lives. Don’t you dare call her a burden ...
Posted by Blog editor at 15:00