From Ben Chinnock, leader of the Community Engagement and Fundraising Team at Down Syndrome NSW: 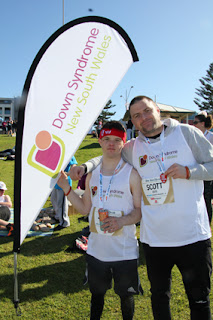 We had 21 fantastic runners complete the City 2 Surf on Sunday 9 August. Down Syndrome NSW is really proud of all our runners, as well as those who helped on the day and our cheer squad. We were really blown away by the amount of effort that everyone has put in. It was a really special day for Down Syndrome NSW and the staff involved. We have never done an event like this before so the team has set a great bench mark for the future.

I want to share with you all a bit of what the day was about for Tanya, who ran with Josiah, the young man who completed his first City 2 Surf and the longest run he has ever done. He also just happens to have Down syndrome and was our poster boy for City 2 Surf. He is an awesome young man.


Running with Josiah was like a breath of fresh air! His focus was on how many high fives he could give. So that became my focus. We'd see a group of people standing along the road and we'd run up to them. 'High five, high five'. The joy and pride on his face and theirs was priceless. 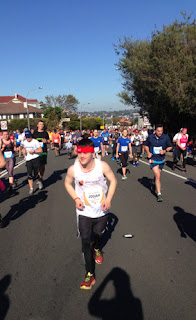 A couple of times, mainly on the hills, he said he was tired so I encouraged him to pump his arms and that the downhill would come soon and he just kept on going.
I didn't even feel one kilometre of those 14km because I was so focused on JB and how much he was enjoying himself. I loved every second of it too.

For me, running in the City to surf on Sunday wasn't about achieving a time or ticking a box, it was about supporting a group, honouring the love I have for my nephew, Joey and helping the world to see that it's okay to be different.


A massive thank you to our team! 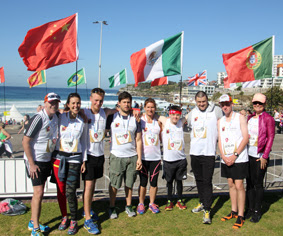