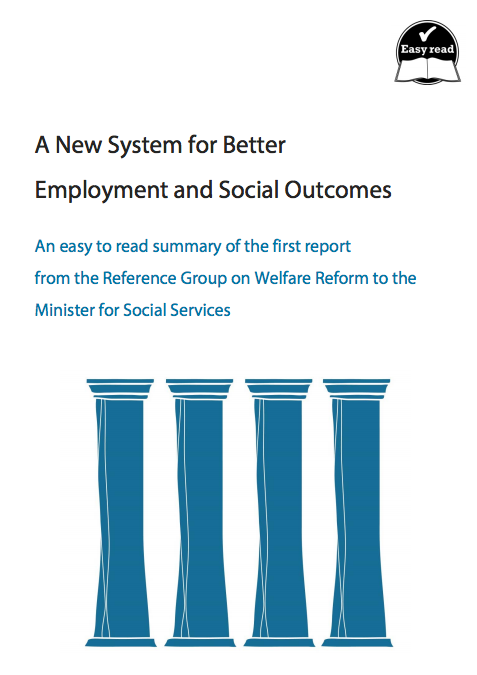 Yesterday (29th June 2014), the Australian Government released the interim report of the Reference Group it commissioned to review the welfare system (commonly known as the McClure review). A six week period of consultation will close on 8th August, followed by the release of the final report.

The interim report is available in several formats, including an Easy English edition from the Dept of Social Services website, here. Details on how stakeholders can make submissions are also linked from this page.

Media about the interim report:

Commentary on the review prior to the release of the interim report:

Welfare backing for single payment
Patricia Karvelas, The Australian, 24th June 2014
The National Welfare Rights Network has told the McClure welfare review it would support a single welfare payment and a “transitional” benefit for people with disabilities who have some capacity to work ...

A report shows working-age Australians are less reliant on welfare than they were a decade ago ...

Carers deserve better than this
Carers Australia, 16th June 2014
... Carers Australia will be making a considered and robust response to options raised in the Social Welfare Review Discussion paper when it is finally released. This includes the point that, on 2010 estimates, the replacement costs of unpaid care was estimated to be over $40.9 billion, or 3.5% of GDP ...

Welfare reform to target carers
Patricia Karvelas, The Australian, 14th June 2014
Carers would be required to prepare for a future return to work under the landmark McClure review of the welfare system. As well as a tightening of their mutual obligations, the number of benefits carers receive would be simplified ...
Posted by Blog editor at 06:00