Representation in the media 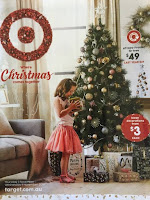 It started with Julius …

Catia Malaquias, Starting with Julius, 1 November 2016
A look back at disability inclusive mainstream advertising in Australia, the role played by our wonderful Ad Inclusion Ambassadors, the amazing brands setting a new standard for diversity in advertising and starting our #adinclusion journey with Julius ...

Finally! Disability Diversity and Inclusion in the Media

Social Care Foundation Australia, 28 October 2016
The media is one of the biggest influencers and perpetuators of popular culture. They not only inform society, but also set the boundaries of what’s “normal,” “accepted,” or “trending.” The evolution of social media and technology has changed the way we engage with the media and has given a voice to the voiceless and under-represented. We’ve seen the demand for body diversity, ethnic diversity and gender diversity in mainstream media; but what about disability diversity and inclusion in the media?

Kmart television advert one of the first to feature model with Down syndrome
Benedict Brook, News, 6 October 2016
It might just be one of the most mould breaking adverts ever seen on Australian TV. Yet, it all happens so quickly, blink and you might miss the two — very out of the ordinary — portrayals of children ...


Disability in advertising shouldn't be something we only see once every four years
Jo Arden, The Drum, 3 October 2016

The Paralympics is over for another four years and I for one am feeling a little bereft. And also a bit uncomfortable. Seeing so many impressive athletes at the peak of fitness with skills that go beyond imagining was a stark reminder about how invisible people with disabilities can often be. It’s not just on the track and field where we saw greater representation than we are used to either; in the studio and on the airwaves, the world suddenly seemed like a much more inclusive place. Until the ads came on.

Disability and the 'new normal': why Australia needs to ramp up access to stage and screen
Steve Dow, The Guardian, 24 September 2016
Australia is ‘20 years behind’ in terms of disability-led performance and the fight for real representation is just beginning ...
Posted by Blog editor at 14:00