News and commentary on the NDIS (68) 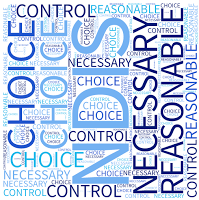 
The rollout of the National Disability Insurance Scheme (NDIS) across Australia will change the disability interface with existing sectors, including health. The RACP's NDIS Guides are a resource for physicians, paediatricians and other health professionals to access practical information that can help them navigate the scheme, and support their patients ...


Can the NDIS deliver?
Helen Dickinson, Pursuit, University of Melbourne, 23 May 2017

We recently embarked on a research project, funded by the University of Melbourne’s Social Equity Institute, to explore the degree to which the NDIS is achieving its aims and objectives from the perspective of people with disability using these services ...

This grant will allow DSA to develop a national Toolkit to provide information to schools, employers, community organisations and others to build capacity in mainstream organisations. It will further compliment the Jurisdictional ILC Grant won previously, which included funding for resources that will be targeted more for people with Down syndrome and their families.

We are thrilled for this new opportunity and look forward to working across the Down Syndrome Australia Federation to deliver these important projects over the next 12 months.

In addition, some of the national ILC grants awarded to other organisations, will also benefit people with intellectual disability quite broadly by helping to make mainstream services and communities generally more inclusive.


... "The focus on the national disability insurance scheme is clearly important for those who receive funding through the scheme – but that's not everyone. And the mere mention of the NDIS makes everyone think that all issues around disability are sorted" ...

Disability groups have warned Labor it would be a shame to create a political fight over the Turnbull government’s plan to increase the Medicare levy to fully fund the National Disability Insurance Scheme ...


Is NDIS really as scary as people say it is?

Lochlan and Tanya Rogers, Every Australian Counts, 9 May 2017

... Why are people fighting the NDIS? It’s time to embrace the NDIS.

Yes the process was always going to be hard, yes you still have to fight for what your child might need, but let’s keep it real. The process is challenging, it needs to be to enable the correct people to access the support. We need to make sure we are getting value for the money we receive.

But most importantly we need to stop fighting the NDIS and stop scaring people away from the NDIS ...

What Does NDIS Pay For?
Cheryl McDonnell, InCharge, 3 January 2017

... The NDIS won’t pay for your groceries, but they will pay for a support person to take you shopping if that is a support that you need.